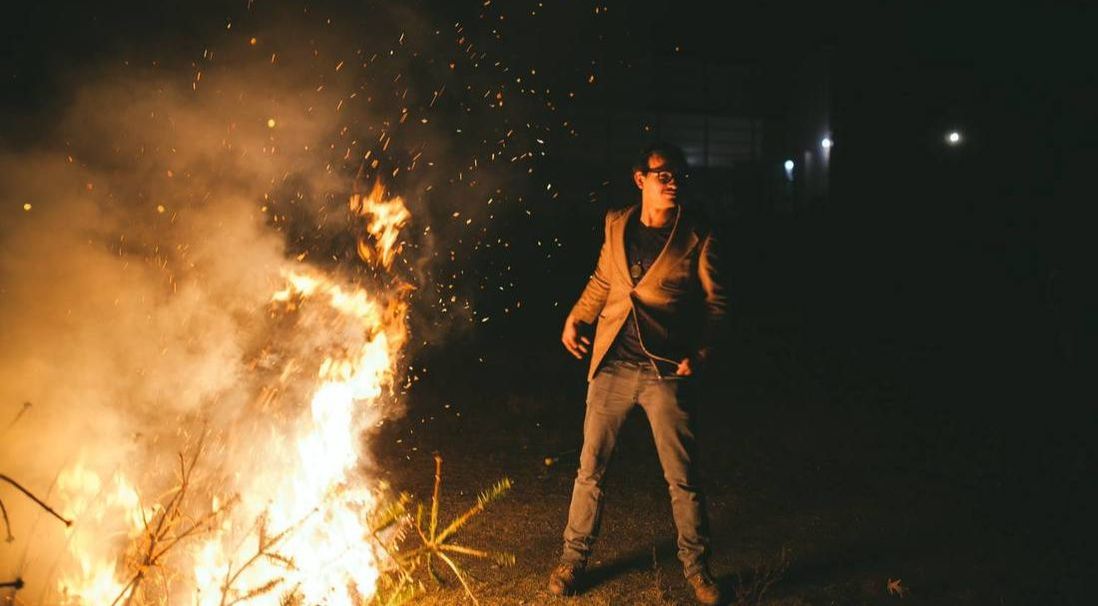 Sven, born 26 August 1993, grew up in Rotterdam, got his high school diploma at the Erasmiaans Gymnasium and went on to study Film And Literature Studies at the University of Leiden, of which he received his Bachelor degree in 2016.

As a young supporting actor in the short film Light by Andre Schreuders Sven visited the  Quinzaine de Realisiteurs programma of the Cannes Film Festival, where the film was selected.

When he was 18 he won the NFFS (Dutch High School Filmfestival) with his codirection for the short film Niets Stelligs Weten Wij, which also won a price at the Olympia Filmfestival in Greece.

In his early students years Sven founded Garde Du Nord , a film collective around the Leiden University. He worked on different filmfestivals and joined the talent group on Fest, Espinho. Also he got accepted for the talent program The One Vision Party, where he edited Heavenly Gate which was the basis for a lot of  new collaborations and a second tour of festivals. Together with two befriended filmmakers he founded Cinemannen, as film production company in Delft, working for over three years, producing over thirty commissioned film projects.

In 2016 Sven was a film programmer for Breaking Ground, selecting student films for Go Short and the Dutch Film Festival. He followed a half year full time course at De Bildung Academy, after which he developed a course on the energy transition at the same Academy and was a mentor during five weeks of the half year programme.

In 2017 Sven finished studying in Denmark, Ebeltoft, at the European Film College where he's took courses on Editing in Avid, Sound Recording and Sound Design in Pro Tools and Documentary Directing. He directed three short documentary films of which two were commissioned by the school, The Nordic Spirit and How To Fight Fascism in 7 Days. The latter screened at various festivals.

Sven has worked commercially for clients like the TU Delft, Tomorrowland and KPN. Currently he's working as a creative producer at Stichting Ideefix and as head Content and Marketing at the Bildung Academy, apart from making short documentaries and fiction films.