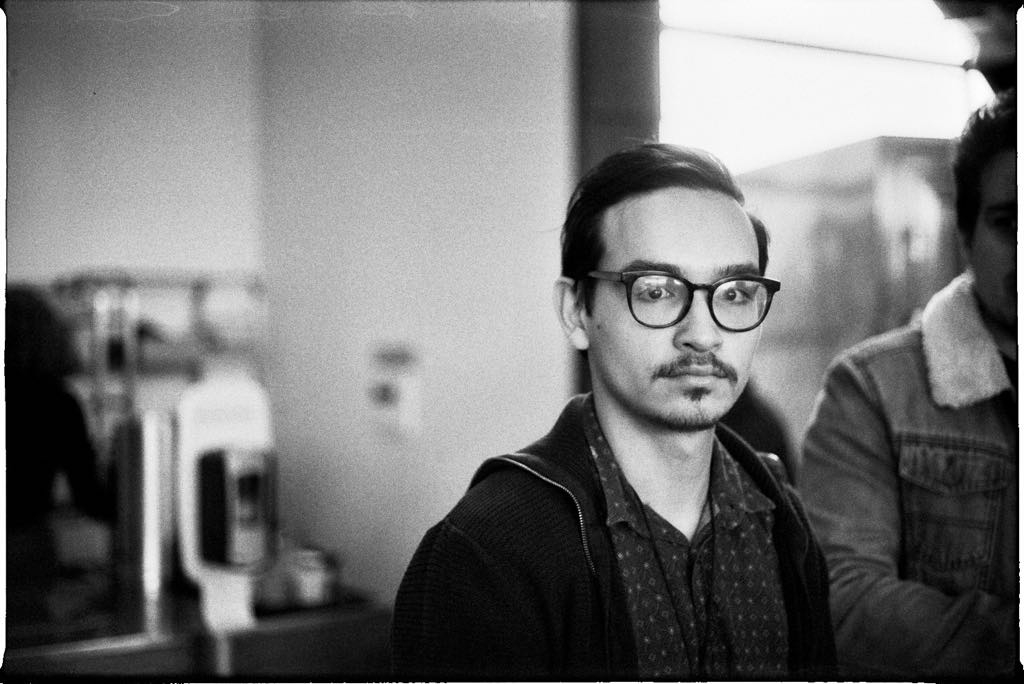 Three young Dutch-Indonesian artists research their past and try to break this silence about the Dutch Indonesian ancestry by confronting their family members.

The film was shown more than 100 times in Dutch film theatres, museums and libraries. The film was produced by Stichting There Will Be Film and distributed by Amstelfilm.

Learn more at the official website of Indisch Zwijgen
Le

Performer & Live Camera Operator / Documentary Theatre
A documentary theatre piece in which me and performer Sebastian Gisi explore our fragmented memories of our Dutch-Indonesian family history.

We delve into the archives, film them, tell stories, and erupt in movement to communicate the impossibility of understanding the role of our grandparents in the colonial past of the Dutch East-Indies.

Director and Co-writer / Pilot for web series / Mockumentary comedy
Together with the AVROTROS and 3LAB we made the webseries pilot Human Superfood. The pilot was screened at NPO3 online and where it reached over 32.000 views.

A camera crew from Regio TV Midden-Noord gets unique access to the mysterious Human Superfood movement. The extremist vegans and environmentalists of this movement have found a rigorous way to combat climate change.

Co-director and co-writer/ Midlength fiction film & web series
Together with director Chris De Krijger we're making a 6 part fiction web-series of 6 minutes for OPEN Rotterdam. It's a magical realist journey of a 17 year old boy who experiences the night of Rotterdam for the first time. Along the way he meets all kind of unlikely mentors and strolls from  from abandoned cafes to museums, from cinema's to raves. Until he sees the sun rise for the first time.

The film was televised by RTV Rijnmond and Open Rotterdam and the episodes combined received a total of over 200.000 views.

Co-writer and Co-director / Short Fiction
't Water Moge Stijgen is a World War II short film shot entirely on a boat in the water. A married couple rows away from their flooded farm in search of dry land, carrying all their possessions on a small boat. When their boat gets stuck in an area surrounded by mines the couple comes to a standstill. Tensions, fed by five years of war, rise between the two.

Award / Production Budget / Film
With my filmplan for Fietsvakantie, a short coming of age drama of two friends who embark on a cycling trip through the province of Friesland to restore their fading friendship, I pitched at the FIlmkick of de Noordelijk Filmfestival.

I won the production budget of €10.000 and the chance to premiere my film the same year on the Noordelijk Filmfestival 2019.

We were one of the five teams to win €10.000 production budget for the creation of our short film.

Director, Camera, Editor / Short Commissioned Documentary
For the website surebuthow.com​ Myrte Rischen and me set out into the Swedish woods to discover how young people build their own utopia's in the Scandavian woods and cities, organising themselves in collectives.
Premiere at Pakhuis de Zwijger / Talk of the town
Screened at Surebuthow on Tour @ De Kaskantine
Screened at WORM Rotterdam
Screened at iMPACT DOC Amsterdam

Director / 48 Hour Film Project
A dark comedy about a young man who, advised by his successful best friends, goes on a quest to for help to find an easy way out of his adversity. Made in 48 hour for the 48hour film project in Rotterdam.

Director / Short Fiction / 7 Day Film Competition
When Bram saves his grandfather's life, the old man ends up in a nursing home. Seeing his once so independent grandfather slip away in agony, the young man starts to regret his heroic deed.

Creative Producer / Theatre Tour
A theatre tour visiting multiple active prisons in the Netherlands. Written by Herman Koch and Christine Otten, starring Birgit Schuurman and Paol Cairo.
​ Will be played in the summer of 2018

Director and Producer  / Short Commissioned Documentary
I'm in the Andes mountains of Chile, working on another short documentary, about a group of scientists working on a telescope, and the reason to commit a lifetime chasing stars. Commissioned by the Technical University of Delft.

Editor / Fiction Series / TV
My first editing gig on national TV. I worked together with director Mischa Dols, with who I collaborated on Heavenly Gate before, to edit the third and final episode of this Dutch dark comedy series. It's financed by 3Lab and is broadcasted by AVRO Tros.

Producer / Short Fiction / 48 Hour Film Project
Together with 13 friends from the European Film College we joined the 48 hour film project in Rotterdam and made a dark comedy about a mans struggle to make his move from his tent on the edge of town towards the big city.

-Won Award for Best Use of Rotterdam -

Award / Film
After finishing my year at the European Film College with my graduation project How To Fight Fascism in 7 Days I was awarded with the Obel Family Scholarship for my future film projects.
​The Scholarship, worth €11.000 will be solely used for investments in gear, projects and further education.

Official statement via this link

Editor / Art Installation
I edited this art installation by artist Liz van den berg for her graduation at WDKA Rotterdam.

Viva la Vulva is used as a education material, to achieve clarification on the various norms, beauty ideals, myths and taboos. Besides that the movie generates a sense of appreciation for the way the female body works and looks in her natural form.

Watch Heavenly Gate now online at Short Of The Week