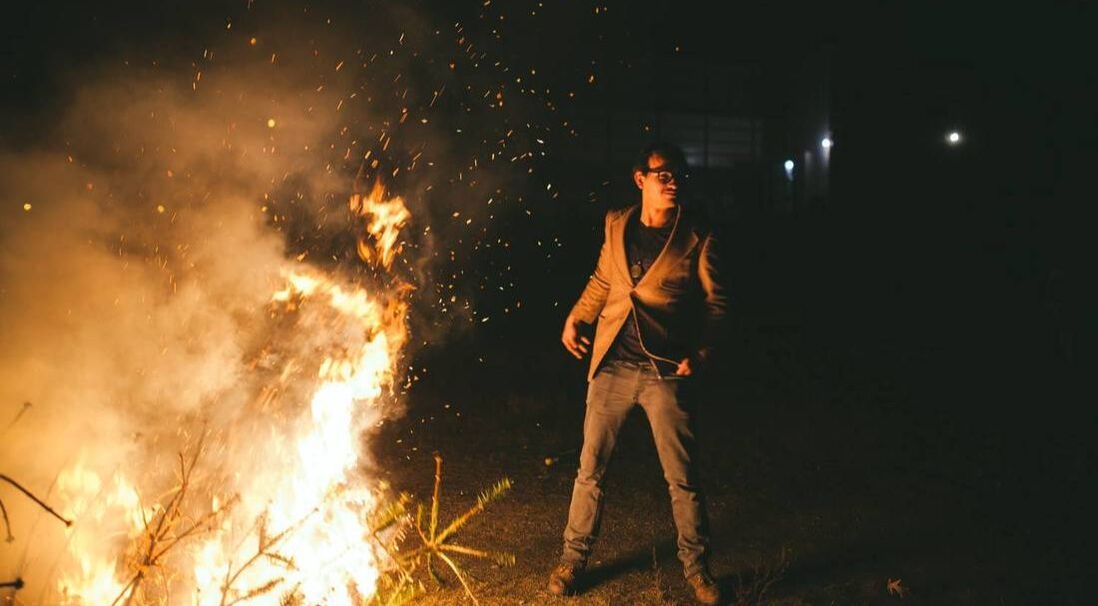 Sven Peetoom at the European Film College, Denmark.
Sven Peetoom (26 August 1993) was born and raised in Rotterdam. He got his bachelor in Film- and Literature Studies at Leiden university and continued his studies in the European Film College in Denmark, where he graduated as a documentary director, receiving the Obel Scholarship (€11.000) for most promising students.

Afterwards he moved to Amsterdam, where he has been based since. He has written and directed multiple fiction films and web series, which got screened on festivals like the IFFR, NFF, Roze Filmdagen, Noordelijk Filmfestival and many more. His work got televised by NPO3 Online, RTV Rotterdam and Omroep Zeeland.

His documentary Indisch Zwijgen (32m), which he co-directed with Juliette Dominicus, created national press attention at its release in 2022 and even was mentioned in the Dutch parliament during the Dutch East-Indies remembrance day. The film got picked up by distributor Amstelfilm and was screened at over 50 venues throughout the country. The same year Sven performed and toured in the Swiss theatre play Making Memories.

Today Sven is developing two feature films and a 90 minute documentary. Also he's a student at the Scenariovakschool (the Dutch screenwriting school). On the side Sven performs, tells stories and hosts and moderates events. Sven also does commissioned work. In 2022 Sven directed a trilogy of documentary portraits on frontrunners on the energy transition for the TU Delft, of which one portrait got awarded the "Groene Reiger" a national award for best commissioned film.